It has been over a year since Chris and Laura Didier found their 17-year-old son, Zach, slumped over his desk inside their home near Sacramento, Calif.

Their son "appeared to be asleep, and when I approached him, I knew something was horribly wrong," dad Chris Didier told Fox News, recalling the moment when he entered his son’s room on Dec. 27, 2020.

"I just felt something dark and something empty — and it haunts me," he said.

Fearing the worst, Didier did what any father would do — he attempted to bring Zach back to consciousness.

A former U.S. military service member, Didier used his CPR training to try to revive Zach while shouting out for his other son, Sam, to call 911.

Medics arrived a short while later and took over the rescue efforts.

Zach Didier was found slumped over his desk by his father after he had taken a counterfeit Percocet he purchased through Snapchat. The pill turned out to be a lethal dose of Fentanyl. He died at age 17 in December 2020. (Courtesy of Laura and Zach Didier)

It was about 10 minutes later when they realized there was nothing more they could do for the teenager. Dad Chris Didier recalled what happened next.

"I didn't accept that. I said, ‘That's not acceptable,’" he said. "So, I resumed CPR and I fought as hard as I could to prevent the loss. And sometime later, one of the responders took me away from Zach."

The stricken father added, "And that's when it stopped."

"I know what fentanyl is, but how does that get into my house?"

Chris Didier said coroners arrived at his home to examine Zach’s room over the course of several hours.

"They said, ‘Chris, this is a real mystery,’" he said. "’We — obviously, if someone dies — we want to figure out what happened, if there's any obvious clues.’"

The investigators told the Didiers there were two possibilities regarding the cause of Zach’s death: natural causes or fentanyl.

"I know what fentanyl is, but how does that get into my house?" Chris Didier asked. "My child is inside my house. He's not out in the dangers of the world. How does he get it into his room? How does it get into his body?" 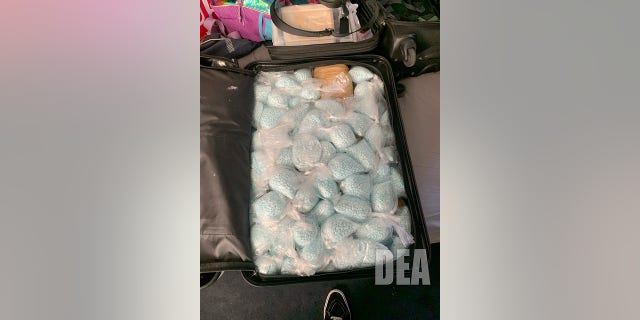 Bags of recently seized counterfeit pills made of Fentanyl are shown here, as captured by the U.S. Drug Enforcement Administration. (DEA)

What Chris and Laura soon learned was that their son had purchased what he thought was a Percocet pill from someone on Snapchat. Instead, he ended up with a counterfeit pill made up of fentanyl.

"We never heard about drug dealers preying on young people through social media apps. This was not something we had any knowledge of, nor did our neighbors or our friends or Zach's classmates. I mean, we were all completely blindsided to learn that all of this was happening."

"Social media is a very common platform. You can get whatever you want on social media at any age, and I had no idea that [this] was going on."

Both she and her husband were shocked to learn that their son, Zach, was able to obtain the tainted pill so easily on social media.

"All the other parents that we knew, all of his soccer team, all of those friends — none of us had ever heard of a counterfeit prescription pill that had only fentanyl in it as the acting agent," Chris Didier told Fox News.

"I also learned that social media is a very common platform. You can get whatever you want on social media at any age, and I had no idea that that was going on."

Synthetic opioids, primarily illicitly manufactured fentanyl, have become the primary cause of overdose deaths in the U.S., especially among teens.

Officials have a growing concern that middle school, high school and college-aged kids are being targeted, as criminals make fentanyl pills disguised as Oxycodone, Adderall and Xanax. (Cary Quashen)

Deaths linked to fentanyl among adolescents between the ages of 14 and 18 have skyrocketed year over year, representing 77% of adolescent deaths among teens last year alone, according to a study released in April by the Journal of the American Medical Association (JAMA).

"One-time users are most likely to die from it because they have no tolerance, and they don't have any idea what they were taking," Dr. Olivia Rae Wright, a family medicine and adolescent addiction specialist in Vancouver, Wash., told Fox News.

It was last November that the Centers for Disease Control and Prevention (CDC) released a shocking report: It indicated that over 100,000 drug overdose deaths in the U.S. occurred during the 12-month period ending in April 2021. That's an increase of almost 30% from the same time a year before.

Overdoses started to rise when heroin started getting laced with fentanyl as a filler to push out more product, said one doctor.

Three out of every four Americans who died during that period were killed by synthetic opioids, primarily fentanyl — and those numbers are continuing to rise, driven in part by the number of people like young Zach Didier who never knew what they were taking.

Dr. Wright said overdoses started to rise when heroin started getting laced with fentanyl as a filler to push out more product.

"It was all happening in the Northeast, and the reason was because it started out just being mixed with heroin," she said. "The heroin on the East Coast tended to come from China, and it was in a white powder form that was really easy to mix [with] fentanyl." 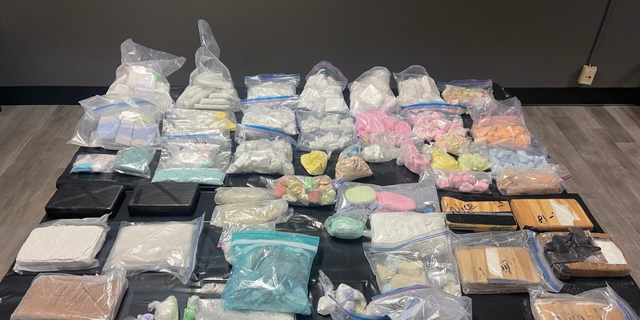 Wright added that it wasn’t a problem on the West Coast until the past 10 years, when production of a particular type of heroin known as China White slowed down.

"China got a lot of pressure from the U.S. about this when it first started becoming a problem," she said.

"They quit making it as much. But what they do is, they send the precursors [base chemical compounds] to Mexico, and so now it's … distributed in the United States, and made its way to the West Coast."

The addiction specialist also pointed out, "Once prescription opioids weren't as available, then they [the drug dealers] were looking for other things to keep people hooked and found that fentanyl was a great way to do it." 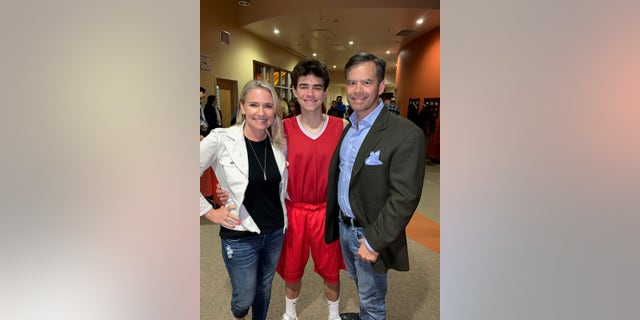 She continued, "It started feeding into the supply, being mixed with other drugs, and then just on its own now, and mostly in pill form."

Trying to help others

Since Zach’s death, Laura and Chris Didier have used their experience to inform other parents of the dangers of the counterfeit pills and the open drug markets on social media.

"If we had known about this problem — if we had seen a news report about this or seen a program in our school about this … we could have had this specific conversation," Laura Didier said.

She added, "If we'd been able to also tell our beautiful, vibrant child, 'If you ever see something on social media, don't believe the deception. What they're selling is not what they're telling you.'"

Concluded this mom, "I just wish we would have known that that had to be a conversation." 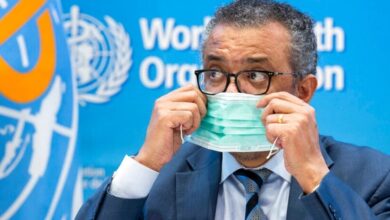 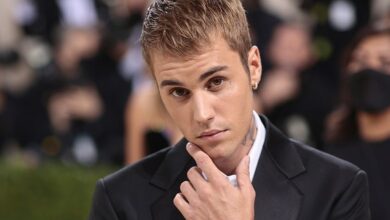