Uzbekistan has been expanding its economic cooperation with China as it aims to connect to world transportation and trade routes. In a recent meeting at the Shanghai Cooperation Organization (SCO) in Beijing, Uzbekistan presented its “Development Strategy of New Uzbekistan for 2022-2026.” The strategy, presented in the Chinese language, envisages Uzbekistan deepening its economic relations with China. Russia is not explicitly mentioned.

Uzbekistan’s economic engagement with China is mainly about infrastructure. An important area of cooperation is the much anticipated China-Kyrgyzstan-Uzbekistan railway project (commonly known as the CKU), a 4,380-kilometer multimodal railway that aims to connect the Chinese city of Lanzhou to Uzbekistan’s capital, Tashkent. While the railroad has been in the making since the 1990s, no rail connection exists to directly link China and Uzbekistan via Kyrgyzstan. At both ends of the trip, in China and Uzbekistan, cargo on the corridor is moved by rail, and in the middle part, in Kyrgyzstan, it is transported by trucks. As envisioned, the CKU would start from Lanzhou City, Gansu province in eastern China, exit through Irkeshtam Port, Xinjiang, cross to the southern city of Osh in Kyrgyzstan, and travel on to Tashkent. In October 2017, the route was officially opened.

Until recently, the project faced significant roadblocks over financing and administration and was held up by the ongoing border dispute between Kyrgyzstan and Uzbekistan. Additionally, the full vision for the CKU requires the construction of new railway lines as the existing railway infrastructure between Uzbekistan and Kyrgyzstan relies on the Soviet-era Russian gauge. As a result, the CKU currently still requires trucks for the portion of the route running across the Kyrgyz border, despite there being working railways on both the Chinese and Uzbek ends.

Despite the difficulties, Uzbek President Shavkat Mirziyoyev does not miss a chance to underline the importance of the China-Kyrgyzstan-Uzbekistan railroad and the need to construct it. In April, Sardor Umurzakov, the deputy prime minister and minister of investments and foreign trade of Uzbekistan and Daniyar Amaneldiyev, the Kyrgyz minister of economy and commerce announced that issues relating to the CKU had been “worked out.” Additionally, in his first move as the new Uzbek foreign minister, Vladimir Norov met with the Kyrgyz ambassador to Uzbekistan and expressed his desire to accelerate the CKU railway project.

If successfully implemented, there is potential for the route to open up a gateway into South Asia for Uzbekistan, as trains entering China could then cross into Pakistan. The journey would avoid Taliban-controlled Afghanistan, the instability of which has long hindered attempts to connect Central Asia and South Asia.

Recent moves by Tashkent build upon a decade of efforts – though at times half-hearted – to boost connections to Europe and Middle Eastern markets. For example, in early February Tashkent signed a five-year program on trade and investment cooperation with Beijing. A month later Uzbek Minister of Transport Ilkhom Makhamov and the Chinese ambassador to Uzbekistan, Jiang Yan, discussed reviving the long-delayed CKU.

Chinese leader Xi Jinping’s Belt and Road Initiative (BRI) dovetails with Uzbekistan’s aspirations to expand commercial and trade routes. Since the launch of the BRI in 2013, Uzbekistan has become a strategic geopolitical partner to China. Although the two countries don’t share a border, Uzbekistan’s location places it as a key nodal point in the BRI. Two of the BRI routes pass through Uzbekistan connecting eastward to China through either Kazakhstan in the west or Kyrgyzstan in the south; those two routes merge in Tashkent and transit in Turkmenistan to reach Iran, West Asia, and India, the latter connected from Iranian ports. Uzbek shippers can also connect to Europe, the Caucasus, and Turkey by accessing the train services on two other routes passing through Kazakhstan.

The injection of Chinese investment comes at a cost. Overreliance on China as a market and foreign investor creates significant risks, of which Uzbekistan and the other Central Asian states are already aware, some more than others. Concessional loans for infrastructure and technical assistance projects stipulate that no less than half of the materials, equipment, technology, and services procured under the contract should come from China. Uzbekistan’s economic difficulties and isolated geographic location make it particularly receptive — or vulnerable — to Chinese debt. Although Chinese credit increases economic activity and facilitates trade growth in Uzbekistan, the country runs the risk of becoming addicted to, and dependent on, Chinese investment to maintain and develop infrastructure constructed under BRI. Another concern is that in a context of facilitated trade, Chinese companies’ comparative advantages might destroy the competitiveness of local companies and create more demand for Chinese imports to Uzbekistan and Central Asia generally.

Uzbekistan is leveraging its partnership with China to address the logistical and geographic challenges it faces. The fresh wave of efforts initiated by the Uzbek government to strengthen economic ties with China can be an opportunity to better exploit its natural advantages, such as its pivotal geographic location. Bordering all other Central Asian countries and Afghanistan, Uzbekistan has transit connections in all directions. As a double landlocked country, it is uniquely dependent on these cross-border transport connections and knows well how they work.

These efforts also coincide with the vacuum left in the wake of Russia stepping back from Central Asia as it concentrates on its issues at home. For now, Russia’s entanglement in Europe means that it can no longer offer economic support to complement China’s investments in the region, and there is no clarity on how deeply Russia will be interested in strategic engagement with the region going forward.

Traditionally Russia has been Uzbekistan’s top trading partner. To illustrate, bilateral trade with Russia in 2021 stood at $7.5 billion, slightly more than the $7.4 billion recorded with China. However Uzbek banks have become increasingly concerned about the risks of secondary sanctions. In recent years Uzbekistan has attracted significant credit resources from Russian banks that are now on the sanctions list, including Gazprombank, VTB, VEB, and others. Given that these banks are supposed to finance major economic projects in the country, there are risks that Uzbekistan could lose this funding. The best alternative to match this gap, if there is one, would be China. Meanwhile, China continues to advance its BRI and take on a more primary role in the region.

If Uzbekistan wants to realize its aspirations to become a regional transit hub and emerge as an economic power in its own right, it needs to avoid the mistakes other countries have made when it comes to generating new leverage and lessening dependency on any single foreign patron, particularly China. It should play the game smartly and anticipate the traps. 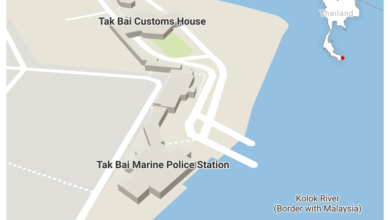