The recent decision of Lu Kang, China’s newly appointed ambassador to Indonesia, to begin his tenure by opening a Twitter account and tweeting a greeting to Indonesian citizens, demonstrates a new turn in Chinese diplomacy with Southeast Asia’s largest nation.

It is widely known that China has used Twitter as a platform for its diplomacy worldwide, a practice commonly referred to as “Twiplomacy.” A report by the London School of Economics revealed that official Chinese Twitter activity has increased markedly in recent years. Even though almost all countries have some form of presence, China’s use of Twitter, which is blocked inside the country, is relatively new. As a matter of fact, the Chinese Foreign Ministry only opened its Twitter account in 2018.

While the previous Chinese Ambassador to Indonesia, Xiao Qian, who served from December 2017 to November 2021, did not have a notable social media presence, Lu decided to open a Twitter account in April soon after presenting his credentials to President Joko Widodo.

Having already amassed 17,000 followers, Lu has used his Twitter to highlight the positive progress in China-Indonesia relations, in Chinese, English, and Bahasa Indonesia. In one of his tweets, he responded to the U.S. Embassy’s tweet stating that China’s claim in the South China Sea breached the U.N. Convention on the Law of the Sea. Aside from tweeting statements to the effect that “China always promote peaceful development and peaceful cooperation between countries,” he seems to understand the growing sentiment among Indonesian people concerning the treatment of Muslims in China’s Xinjiang region, tweeting about his visit to an Islamic boarding school (pesantren) to speak about the close ties between Chinese and Indonesian Muslims. He has also tweeted about how Chinese businesses and banks employ local workers, perhaps in an attempt to deter the debates concerning the growing number of Chinese workers in Indonesia.

Of course, prior to Lu Kang joining Twitter, China’s Twiplomacy in Indonesia has already seen some progress.

Even though Chinese embassies and consulates in Indonesia do not have Twitter accounts, official figures present in Indonesia are very active on Twitter. One of them is Chinese ambassador to ASEAN, Deng Xijun, who is based in Jakarta. On his official account, besides tweeting about his activities, Deng frequently spreads Beijing’s narratives such as how “Xinjiang is a target of US smear campaign” and the positive developments that Beijing claims have taken place in Xinjiang. He has also tweeted about how the Belt and Road Initiative (BRI) would benefit the countries along its routes and on the positive progress of the delayed Jakarta-Bandung High-Speed Railway project.

The Chinese state media outlet, Xinhua, also has its own Bahasa Indonesia Twitter account, with approximately 64,000 followers. It often tweets the Indonesian translation of Xi Jinping’s speeches, Beijing’s views on Taiwan’s unification with China, how Indonesia could benefit from the BRI, and reports on Indonesian officials’ visits to Xinjiang and the positive remarks they were alleged to have made about the situation there.

The reason for China’s use of Twitter in its diplomacy towards Indonesia is not hard to discern. China’s growing role in Indonesia has prompted increased negative sentiment. This is rooted not only in the country’s long history of anti-China sentiment, which has been exacerbated by Chinese incursions in the South China Sea and COVID-19, but mainly its ill treatment of the Uyghurs in Xinjiang.

China realizes the need to promote a global understanding of itself and to improve its image. The government in Beijing seems to realize that the use of Twiplomacy has never been more important than today with its growing roles in Indonesia.

Twitter offers China the opportunity to reach Indonesian audiences in a fast and effective manner. Currently, Indonesia is among the top five countries in the world with the highest number of Twitter users.

Twitter enables China to monitor Indonesian public opinion and engage in public debates. Through the use of hashtags, Chinese accounts are able to ensure that for certain topics, such as #Xinjiang, their tweets will feature prominently. At the same time, using just 280 characters, China is able to spread its messages in a direct and straightforward manner.

Given that anti-China sentiment in Indonesia is not going away anytime soon, it is likely that China’s Twiplomacy will increase in the near future. Perhaps, like in other countries, China’s embassy and consulates in Indonesia, which have accounts on Instagram with a range of 3,600 to 10,900 followers, will soon join their ambassador in migrating to Twitter.

As an addition to China’s overall media and education soft-power strategies, Twiplomacy could contribute to Beijing’s efforts in maintaining its positive image in Indonesia. However, it may also face some hindrances, including the fact that there is an increasing number of local media and analysts providing balanced information on China, including social media accounts run by U.S. officials and media outlets, which provide critical and countervailing perspectives on China. 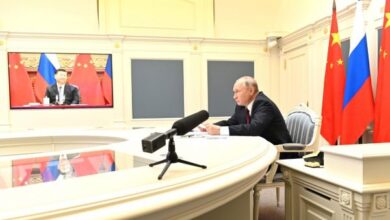 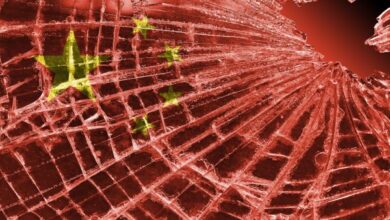 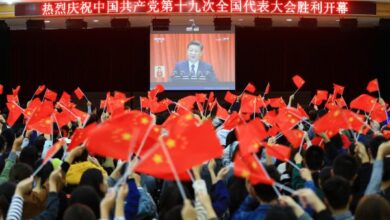 The Complex Nationalism of China’s Gen-Z