Staff at nascent investing app Tiiik knew they had a problem last weekend.

There were signs that Anchor, a decentralised cryptocurrency protocol fuelling the 10 per cent annual returns Tiiik had promised to clients of its digital wallet, was teetering. A crucial component of the protocol, a digital coin called UST or TerraUSD, supposedly pegged to the US dollar, was off its mark.

By early Monday morning, the co-founding group that included chief executive Erez Rachamim and chief product officer Bernardo Bilotta decided to pull the plug. Some team members had gone through the Global Financial Crisis (GFC) and understood how turbulent markets could be.

Tiiik (pronounced “tick”) was just in time. Rachamim and Bilotta said Tiiik pulled its clients’ money out of Anchor and UST at a price that covered their principal and some yield. They won’t say how many clients they had or how much was invested, just that the money will be back in client accounts in regular currency within days.

Many others fared far worse.

UST, which is meant to be worth $US1, began to crater on Tuesday. It was worth just 19 Australian cents on Friday afternoon according to Coinbase figures. Luna, another coin that is part of the same ecosystem, is essentially worthless. About $US18 billion worth of tokens globally have gone up in smoke.

“It’s been a big week for all of us,” Rachamim says with some understatement. “But we’re very proud about how we managed it. And we sit on the other side, like, this builds credibility with our clients in the market.”

So far, Tiik’s clients have all been sophisticated wholesale investors while the company, which only announced a seed funding round of $5.2 million in February, tested its systems. Now it will have to replace a crucial part if it is to fulfil its lofty promise of “money as it should have always been.”

The episode underscores how even cryptocurrency protocols that are intended to avoid the wild volatility of tokens like bitcoin have endured can end up with the same, or even more severe, swings in value.

It is not clear exactly why UST began to plummet; a leading theory is that it was sold off heavily by a short-seller, causing a tailspin. What is clear is that there has been a global cryptocurrency rout, with some tokens down 50 per cent in recent months, making it easier for investors to lose faith in a project like UST and dump their tokens.

Josh Reyes, co-founder of a competing Australian-based crypto company called Minke that offers alternatives to Anchor with different designs, says the failure of UST was predictable. He believes Anchor also offered an unsustainably high yield of around 20 per cent in an effort to grow so large that it would attain market dominance. Other decentralised finance project, which are like digital banks governed by code, offer yield based on demand for the tokens they lend.

“We always knew this wasn’t sustainable,” Reyes says of Anchor. “It’s going to leave a black mark on the entire industry.”

Rachamim and Bilotta, two of the Tiiik founders, are not keen to speculate on what went wrong with UST. It was always meant to be just one of many options available in Tiiik, Rachamim says. The company will now take some time to figure out what protocols it will offer next and its founders maintain that the sector will play a key role in the future of finance.

“It’ll be months, we want to do this right,” Bilotta says.

Asked about a blog post that Reyes authored criticising UST and Luna without mentioning Tiiik, Bilotta says he does not believe it referred to his company. “I’m a builder,” he says. “I don’t have time for loose gossip.”

For his part, Reyes says the industry should be regulated.

“A lot of regular people got completely wrecked,” he says of the broader collapse in UST and Luna.

“I hope [the regulators] come out with a scalpel rather than a sledgehammer because some of us are actually making a big impact and doing things right.”

The Market Recap newsletter is a wrap of the day’s trading. Get it each weekday afternoon. 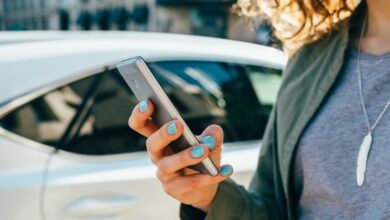 Tech security: How to wipe your phone or computer if it’s lost or stolen 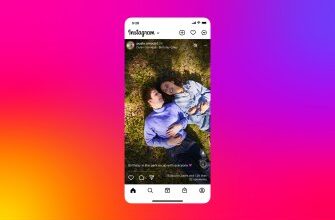