The case involves four Jewish women of Iranian descent, who the Shin Bet said were recruited by a handler claiming to be a Jewish man living in Iran.

The women were allegedly paid thousands of dollars to take photos of sensitive sites, monitor security arrangements, and make connections with politicians.

Lawyers for the women said they did not know the man was an Iranian operative.

They also insisted that the women had no intention of harming Israel's security.

But the Shin Bet said this was a "serious case" in which there was a plan to establish an Iranian spy network inside Israel, and that the women faced "severe charges".

The Iranian handler, who called himself Rambod Namdar, allegedly approached the women on Facebook and then kept in contact with them for several years via the encrypted messaging service WhatsApp.

"Despite the fact that the women suspected that the man in question was an Iranian intelligence operative, some of them maintained contact with him, agreed to perform various tasks he asked of them and received funds from him," the Shin Bet said.

According to the agency, a 40-year-old women from the Tel Aviv suburb of Holon agreed to take photographs of the US embassy when it was still in the city, as well as the interiors of the Israeli interior and social affairs ministry buildings and a shopping centre.

The handler also asked the woman to tell her son to join Israeli military intelligence during his mandatory military service, it said.

A 57-year-old woman from the town of Beit Shemesh is alleged to have encouraged her son to serve in military intelligence too and passed on military documents belonging to him.

The woman was instructed to establish a club for Israelis of Iranian descent to gather their personal information, and attempted to become close friends with a female member of the Israeli parliament, according to the Shin Bet.

She is also said to have installed a hidden camera in a massage room at her home, apparently to collect potentially embarrassing footage of her clients.

"The State of Israel is in an ongoing campaign with Iran. It is clear: we see never-ending efforts and attempts by the Iranian Revolutionary Guard Corps to recruit Israeli citizens," Prime Minister Naftali Bennett said.

"These attempts go beyond security and intelligence; they are expanding to efforts to influence the citizens of Israel and Israeli society, sow discord and polarisation, undermine political stability in Israel and damage the public's trust in the government," he added. 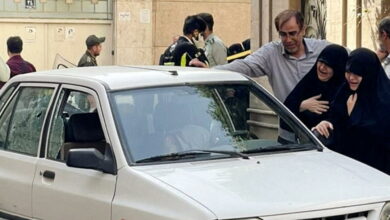 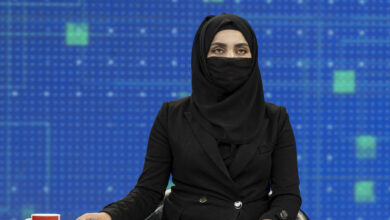