Tourists travelling to Bulgaria, France, Greece, Italy, Jersey and Madeira will now leave the airport from Terminal One, while those heading for other destinations will leave from Terminal Two. It is thought the changes have happened after the airport hired a raft of new staff to try and deal with the massive surge in demand.

But according to Liverpool Echo, all travellers have been reminded to arrive at the hub, which handled nearly 30 million passengers each year before the pandemic, three hours early due to the recent queues.

A tweet from the airport said: "Travelling with @jet2tweets from Manchester Airport? Check which terminal your flight departs from before you travel.

"All Jet2 flights to and from Bulgaria, France, Greece, Italy, Jersey and Madeira are now operating from T1. All other Jet2 flights remain in T2."

The issues remain in the security checkpoint area with some commenting that queues have been snaking out of the security department and into the drop off area.

Prior to the tweak, Jet2 had used Terminal Two for all of its departures.

But it is believed Manchester Airport is changing things to cope with the demand. It said 550 new recruits have taken to the airport floor since January, and a further 500 new starters are currently going through the vetting process and security training. They'll likely work across both of its terminals.

Ian Costigan, interim managing director of Manchester Airport, said: "We want to make sure that customers get away on their travels, so everyone at Manchester Airport is focused on bringing in the extra resources we need to continue operating our full flight schedule.

"It is encouraging to see new staff joining us as a result of our ongoing recruitment drive, and we have seen security waiting times reduce in recent weeks. The last few weeks have been challenging but the team on the ground has done a great job in getting passengers through security more quickly, and I would like to thank all colleagues for their hard work and dedication.

"As we continue to recover, we are reminding customers to arrive at the airport three hours before their flight and to ensure they are familiar with all security rules. While the majority of people will get through security in less than 30 minutes, customers need to allow time for check-in and the possibility that security queues may be longer at peak times." 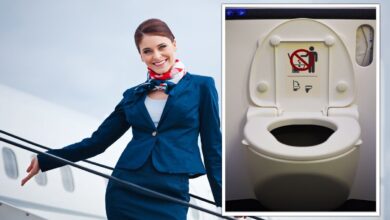