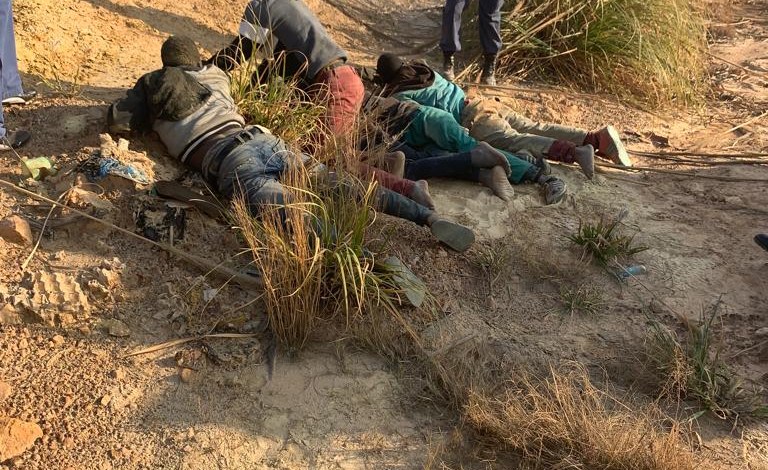 Cape Town — Suspects in the gang rape of eight women in West Village, Krugersdorp, Gauteng, have appeared in the city’s magistrate’s court along with 85 suspected illegal miners, IOL reports. Among the suspects were several women, and 20 others face charges of violating the Immigration Act.

The suspects’ link to the rape of the eight women, who were at West Village to film a music video, remains unclear. The suspects were arrested after calls by the community about the area’s high crime rate.

The case was postponed to Wednesday August 3, 2022, after the prosecution requested it due to the volume of suspects whose identities have yet to be determined.

The court action comes after police officers arrested two men following a shoot-out with alleged illegal miners, according to News24. Colonel Dave Davis of the Serious Organised Crime Investigation Unit added that the operation against the illegal miners was planned “because of all the zama zamas (illegal miners) taking over the West Village and the region of Krugersdorp”.

Davis claims that by midday, over 40 people were arrested and dozens of cellphones were confiscated, including gold-bearing ore.

Police Minister Bheki Cele, who accompanied the officers ahead of the operation, said it was only launched in reaction to the West Village rapes. “We need to find those people [the rapists], but this operation is not just to respond to that [incident],” Cele said, adding that the intent was a broader focus on criminality which included tackling the proliferation of illegal firearms and theft of copper cables.

US not trying to ‘outdo’ other world powers for influence in Africa, says Blinken