In Andalusia, police have confirmed they are investigating six complaints of the unwanted injections, including a 22-year-old French woman who said she was sexually abused after a night out in Malaga.

She said that she left the club with a man and went back with him to his apartment.

She believed she was drugged and attacked "when defenceless", waking up in the morning with two puncture wounds in her arm.

In Cordoba, police are investigating four possible attempts of injecting unwanted substances at a fairground.

In Catalonia, there have reportedly been up to 20 complaints in nightclubs in Barcelona and Lloret de Mar.

The National Police of Cantabria are also investigating the punctures of five people who attended a beach festival in Santander.

Could Portugal be the answer to all your working abroad dreams? – CapeTown ETC

American Tourists Free to Visit Europe This Summer Even Without Vaccinations, Reports Say 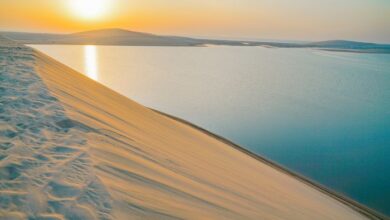